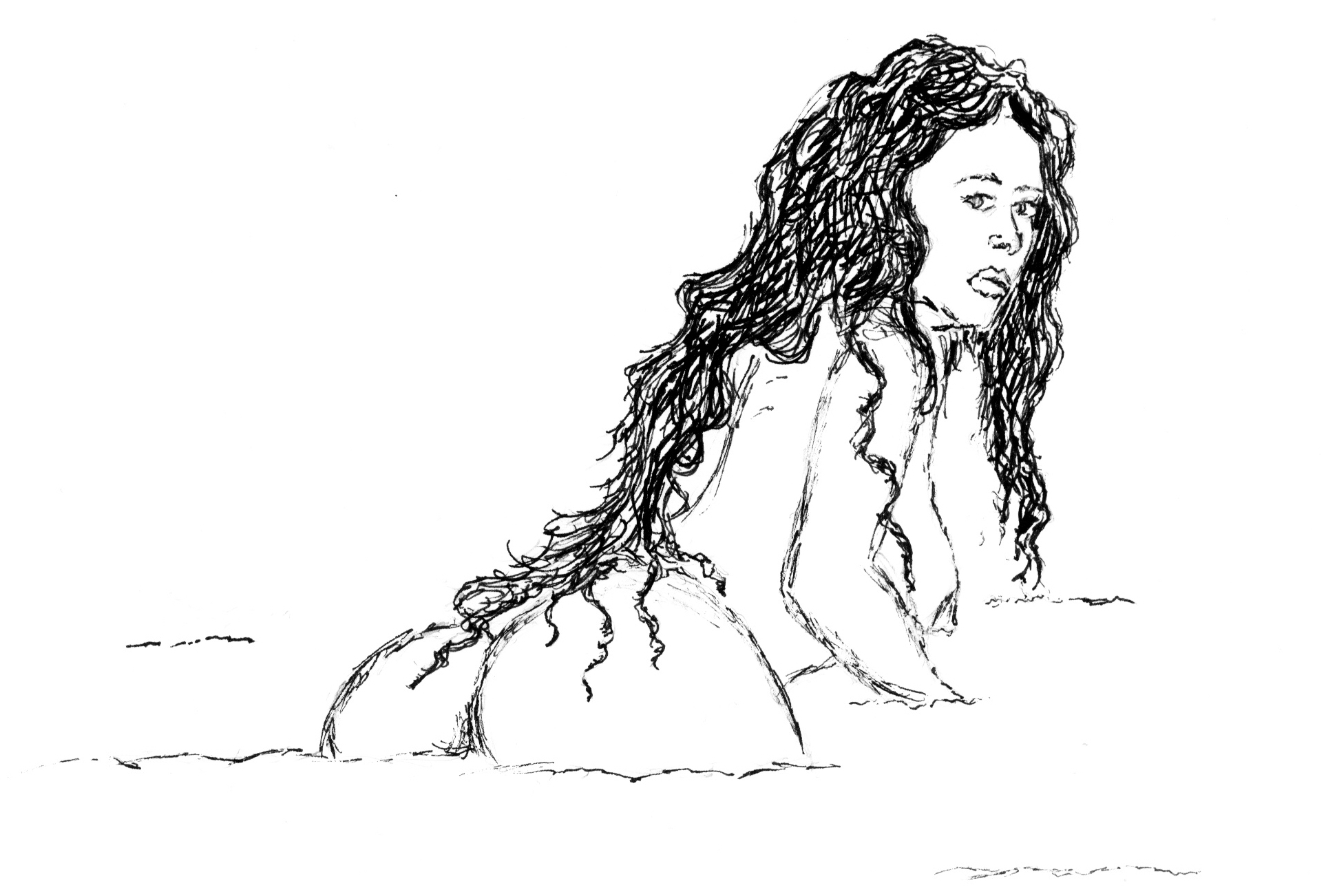 Then she began to sing.   The same song of the lake, he'd heard on previous occasions.

Unknown to Tomek, this long-haired-lass had made her pilgrimage to the lake to sing her 'Mating Call Song'.   Here on the full moon.   The song of beckoning that maidens everywhere sing, when they come-of-age.   The song first taught to her by a witch, — her grandmother who raised her, — Damiana, that wise old woman of the herbs.   Recently the old woman said to her:

"You are ripe now.  Soon you will be plucked from the vine, ready to be eaten."

Grandmother Damiana had taught her to learn from the birds.    Listening to and mimicing the cacophony of bird cries, chirps, warblings, cooings, squeaks, chatter, gabbles, and shrieks in her jungle home, as they sang their 'mating calls', she learned to sing hers.

The witch Damiana had told her to always observe cats, for they are the totem animal of women.     Small ones or large ones, but the wilder the better.  Cats soon became her greatest teachers in learning a mating call.   From them she learned first to puuuurr, then to meow, to ululate, to wail, to snarl, — and finally how to scream so that people's hair would stand on end.   This took many moons of practice.   Whenever her pet puma would either purr or snarl, she would repeat the song right back to her.   Again and again, untill she could communicate with Puss, untill they spoke the same primal language.

For her, the highest goal of sound was in harmony.  As when she sang with her cat.  To take two disparate notes, representing two entirely different souls, different lives and views, and bring them together in such a way that they begin to harmonize and to ring together as one, the one setting the other off.   This was the highest art, and it always sent vibrations quivering down through her own tuning fork.

She would like to learn to scream high enough to break glass.   But is not sucessful yet.    Damiana said she'll need a man, one of the fire-beings, to open up her fire chakra and teach her the final steps.

But for now, with the lake world around her, she sang, and screamed, the witch's song.